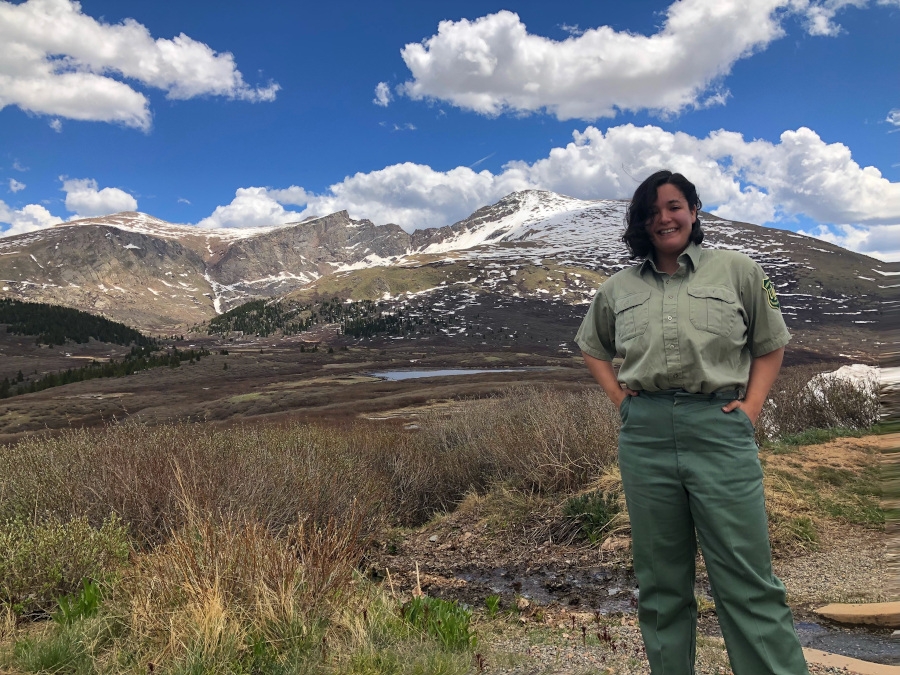 I thought I knew what mountains were.

I thought I was prepared for a dry climate.

And I was also pretty certain using your turn signals was a universal requirement for obtaining a driver's license.

Colorado defied all of my expectations.

But let me back up a bit.

After graduating from Smith College in May, I had two weeks to unpack and repack all my belongings. I loaded up my mom’s Prius and a friend helped me make the long journey out west. Over 32 hours later we finally made it to “Colorful Colorado”.

I had thought that the mountains would loom as soon as we crossed over the state line, or at least be visible, but that was not the case. As if to tease us, the landscape would alternate between rolling hills and open flats until we made it a little closer to Denver. And then BAM!

I’ve been in Colorado for over three months now and I don’t think I’ll ever get over how breathtakingly beautiful the landscape is.

I honestly did not have much of a plan beyond graduating. I had spent most of my life working towards that goal, so when senior year arrived it was bittersweet. On the one hand, I would be among only a few in my family to earn my degree and I was proud. On the other, I was terrified because for the first time in my life hard work didn’t necessarily translate to results. There were no instructions or guarantees.

But as scary as that thought was, it also came with an incredible freedom. I chose to change my frame of reference when I came out to Colorado. Instead of worrying about what I didn’t know, I got excited about all I could learn and how much I could grow.

I arrived to fulfill the partnership and volunteer coordinator position for the South Platte Ranger District in late June. Right away there was so much to do, from learning about the district to organizing a Latino Conservation Week (LCW) event. I hit the ground running and was able to coordinate a really successful LCW event with the J. Churchill Owen Boys & Girls Club in the predominantly Latino neighborhood of Westminster. We had four engaging stations wherein the kids could make crafts, imagine their own forests, feel the pelts and skulls of Colorado fauna, and become a firefighter for a day! Over 40 children, ranging from 6 to 18 years old, participated in the event completely voluntarily. It was heartening to see the level of interest in what we had to offer even as the day was hot and there were other events and activities being held in the club that day. 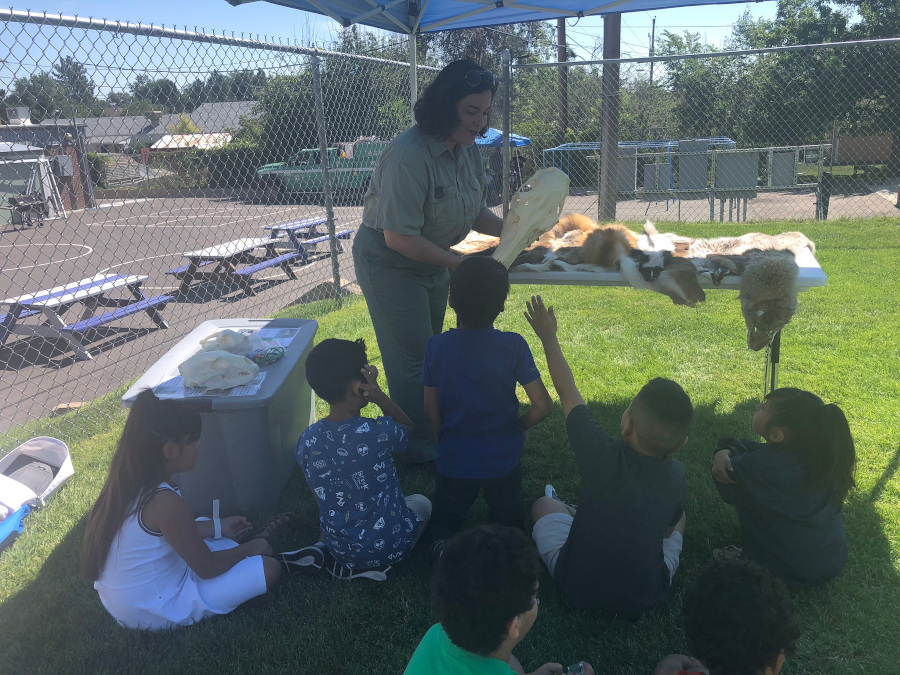 Latino Conservation Week is important to me because it’s an opportunity to expose Latino youth to a future they might not have ever considered before. Every LCW event I have ever put on is with the hope that it ignites the spark of curiosity within the participants. There are a lot of stereotypical expectations of what Latinos in America can or should be and I want to show them a different picture. I want them to walk away from my event thinking that they might like to be a wildlife biologist or a park ranger or a visitor service person one day, because that is something a Latino person can and should be.

I want that because I never thought I would be here at the South Platte Ranger district with so many wonderful colleagues and mentors around me. Before I randomly took my first environmental science class in high school, I didn’t even know that was an option for someone like me! But whether it was fate or a fluke doesn’t matter now because every day I find new reasons to fall in love with what I do.

I think that, as a society, we sometimes get caught up in our plans and speculations without leaving room for possibilities we haven’t yet imagined. We focus so much on how to get from point A to point B that we get anxious the moment anything stops us or slows us down. But if we restlessly prod and pester life’s questions for the answers we want, we’ll never be satisfied. So don’t forget the child in you that wanted to be an astronaut, a scientist, and a singer at the same time and didn’t worry about the “how”. Keep looking for all the things that bring you joy, and lean into impossible possibilities.