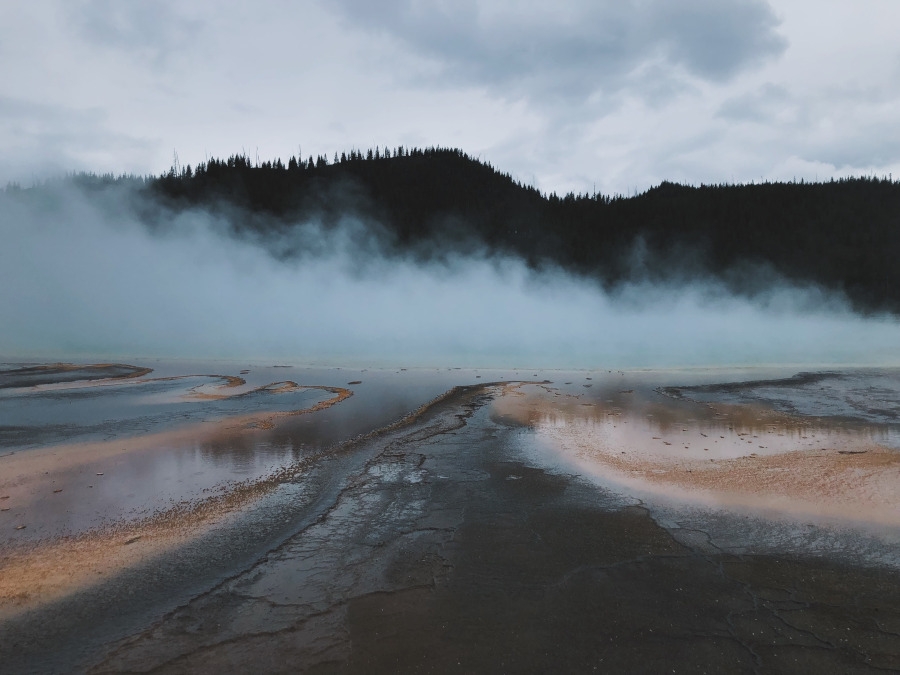 Solid Connections in the Rocky Mountains

These past two months in Salida Ranger District have presented new challenges and provided plenty of opportunity for growth, which have increased my involvement in the community and strengthened my role as the Communications Fellow.

Though I spent the initial months of my fellowship gaining experience on field projects with timber, trail and wildlife crews, recently my concentration has shifted towards networking with the Latino population of Salida.

Yet, while there is plenty to discuss in regards to the outreach and communications aspect of my fellowship, the narrative would be distorted if I omit the field projects I’ve participated in San Isabel National Forest and Yellowstone National Park. From building creek-crossings in the Holy Cross Wilderness and collecting water samples in the tundra of Sangre de Cristo Wilderness, to assisting in toad surveys in South Cottonwood Pass and completing a week’s worth of trail maintenance on the Continental Divide Trail with CDT Coalition in Yellowstone National Park, these past several weeks have elevated my appreciation and adoration for the breathtaking landscapes of the Rocky Mountains. Having the opportunity to work alongside several experienced individuals, many of which spend entire summers immersing themselves in the rugged and diverse landscapes of the Rockies, I am often reminded that the position I currently hold is unmatched and unique. Their wealth of knowledge, ranging from natural resources and wildlife to public lands policy, along with their capacity to seize every opportunity to educate and explain the impact of our projects, heightens my understanding and level of appreciation for the hard work done on our public lands every day—and it’s these treks I’ve taken into some of the greatest landscapes of North America that inspire me to continue advocating for access to the public lands within the Latino community.

However, in a small town where only 14% of the population identify as Hispanic, the thought of accomplishing this goal can feel out of reach. Thoughts of where to start, who to connect with, and fear of failure tend to discourage and hinder progress—but along the way I’ve learned that being an initiator and prompting conversations on this set of questions are great ways to evade falling into that spiral of uncertainty. Recently, I met with the Recreation Supervisor of the City of Salida, Sara Law, and learned that sparking change in a community doesn’t always mean hosting large-scale events. In her experience, some of the best connections she’s made were from invitations to a family’s home for cafecito. This made me reflect on the events I organized throughout my fellowship: my Latino Conservation Week event and a presentation on national forest recreation for Spanish-speaking families.

During Latino Conservation Week, I collaborated with Noah’s Ark Whitewater Rafting and Adventure Company and Colorado Student Leaders Institute on an afternoon of zip-lining with students of high academic standings from low-income communities. While only a few were Latino, I was happy to share my experience of growing up in a low-income family, attending a university, then dedicating much of my time over the past year to public lands. I was hopeful that my words of encouragement would leave an impact on these high school students, and shortly after this event, I received thank-you cards from the students, describing their appreciation and motivation from my story.

A few weeks later, I had the opportunity to present information on national forest recreation to a small group of Spanish-speaking families at Riverside Park in Salida with the Family Program Coordinator, Sarah Green, from Chaffee County Family and Youth Initiative. After the meeting, some of the folks mentioned that seeing a Latino working with a federal agency was empowering, and while this group size was no larger than thirty people, their gratitude convinced me this was a major step in building the bridge between the U.S. Forest Service and Latino community in Salida.

Needless to say, my conversation with Sara Law that morning at Café Dawn came in good timing and helped me understand the value in taking small steps, and that establishing relationships—even if it’s one person at a time—is the foundation of community building.

Since then, the opportunities to connect with Latinos in Salida have come around in different ways. I was given the responsibility of launching the Agents of Discovery App in the Salida Ranger District, a geocaching app designed to educate students on cultural and natural history while exploring the natural areas of their community. Taking advantage of this opportunity, I have dedicated the first two “missions” on the app to teach users about the history of two powerful women of color in Colorado: Chipeta, a notable woman of the Ute tribe and Teresita Sandoval, a Mexican woman who broke marital norms to ensure the economic success of her family during a dark time between the U.S. and Mexico. On top of that, a wildfire in the Sangre de Cristo Mountains began recently, and the Chief Communications Officer asked me serve as a Spanish translator for the Incident Commander’s daily updates, which has made accessible—possibly for the first time— important wildfire information for a community that is too often underserved and underrepresented in Salida.

Overall, the past two months of my fellowship at Salida Ranger District have been filled with tremendous experiences that I would have never expected in such a short period of time, and as I now enter the final months of my program, it’s the motivation from my mentors and accomplishments I’ve made along the way that strengthen my commitment to build the bridge between Latinos in Salida and the public lands.