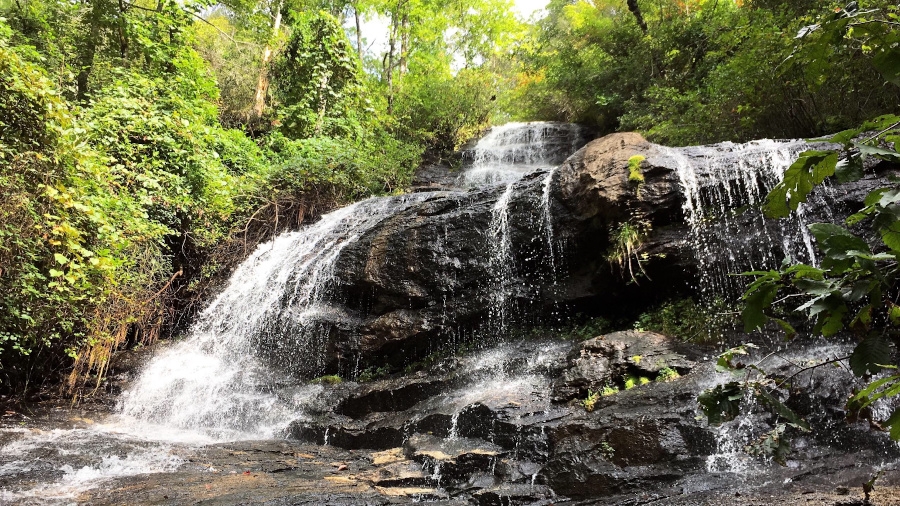 Clarity in the Water

In college, I often struggled to find my niche in the conservation world.  Not because I didn’t like certain aspects of conservation, quite the contrary, I was easily excited and drawn in by anything and everything.

And this excitement followed me into this fellowship for the first few weeks as I learned about the work of many different departments with the Forest Service. After hearing about a new project, meeting with someone from a different program, or learning about the work of many partners, I’d quickly envision myself following an entirely new career path. Daydreams like these seem to consume the bulk of my thoughts lately, endless “what ifs?”.

However, I am grateful for the things I have experienced in the last few months that have given me some clarity. It may have started with my trip to an iconic Wild & Scenic River, the mighty Chattooga. I had initially just registered to attend a rafting trip hosted and attended by some Wild & Scenic partners, but several other opportunities lined up that same week allowing me to plan an eight-day trip experiencing the river from many different angles.

After winding through glowing, green Appalachia, I arrived at former American Whitewater (AW) president, Don Kinser’s place on Thursday evening. Perfect place to start. Don grew up in the D.C. area, became an avid whitewater kayaker in the early 90’s, and is a longtime resident of Rabun County, Georgia near the Chattooga. His booming and friendly voice welcomed me in, and he quickly launched into the history of the area as we looked at some maps. Jack Henderson from RMS joined us and somehow, we ended up watching Deliverance, scoping the sites we’d see again on the river the next day and talking distractedly through the rough parts.  On Friday morning, I joined a lively bunch of kayakers and rafters from RMS, AW, and American Rivers, along with Forest Service rangers from the Sumter National Forest for a trip down Section 4 of the Chattooga that involved plenty of rapids, cliff jumping and waterfall viewing. I had a chance to see some expert whitewater kayaking on the trip as most of the group brought their gear. They were epic! It was also nice to uncover more of the ecological background of the area as the river guides offered up facts on the flow patterns of the river, dynamics of the forest, the importance of the hemlock trees, topsoil conditions, and geologic features. After the trip, the group headed to Don’s place to connect some more and laugh about the people that took an involuntary swim in the river. Not that I would know what that’s like or anything… 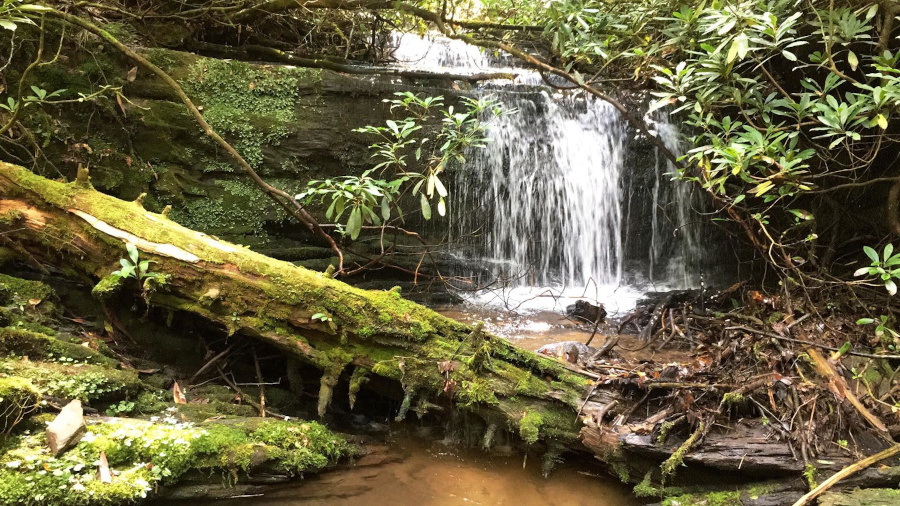 The next day, I met with the Recreation Manager on the ranger district around 10am at the office for a full day of inspecting sites and traveling around the district. She gave me a tour of the office explaining the work of each department: timber, fire, law enforcement, communications, and her specialty - recreation. We visited the fish hatchery, the Ellicott Rock Wilderness, several campgrounds, popular fishing spots, and a horse camp. Watching her interact with the public revealed how attentive she is. She not only understands the types of uses that occur in different places, but also exactly who is visiting those places. She seemed very in tune with the small community. It was much different from what I imagined management to be like in destinations of the West with more international and cross-country visitation.

Near the end of the day, as we chatted about trails, waterfalls, and segments of the river I should visit, I mentioned I had met a longtime river advocate for the Chattooga. He is also a whitewater kayaker (first to run many waterfalls in the area), former raft guide at many of the local outfitters, and a well-known litigator of the Forest Service. It was interesting to listen to her response has she recounted her interactions with this community member. Oftentimes, they were on opposing sides of an issue dealing with different pressures. They’ve shared several conversations in her office over the years. However, she was quick to mention her respect for his intentions, his passion and the basis for his arguments. I enjoyed seeing a relationship between a community leader and a member of the Forest Service that seemed both challenging and respectful. It opened my eyes to the longstanding influence of historical relationships and management decisions by the Forest Service in a community.

Kayaking with a Local River Lover

Getting back out on the river on Labor Day was not only pure fun, but also an opportunity to become more familiar with the popular areas along the Chattooga. I got to see local people enjoying the place with their families and see the river through my new friend’s eyes. In his 70’s, he showed no signs of slowing down as he navigated rapids he’d passed thousands of times throughout his life. His family has lived in the area for many generations, and he shared how the land and people had changed over time. Some pieces of the historical horticulture industry remain in the area with apple orchards blanketing the valleys. He also discussed the change in recreationists’ role in the community over time and how it evolved with the designation of the Chattooga as Wild & Scenic. It seemed that boaters were initially viewed as outsiders, hippies, and a general nuisance to the local community several decades ago. However, after the influence Deliverance had on the popularity of the Chattooga and nearby rivers, many visitors came and never left. Over time, ‘river rats’ became river advocates and the community became more invested in protecting the resources in the area. Listening to him chat with his many friends along the river and seeing how proud he is to be a part of protecting this resource for the youth in the community made me realize how closely tied to the land and river people can become over time. 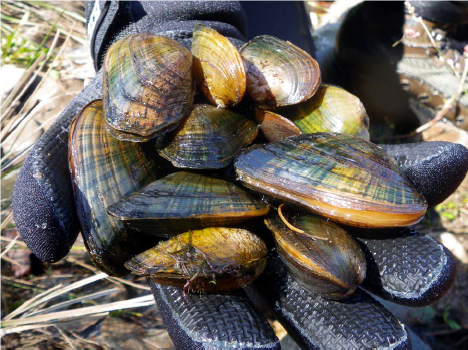 I wrapped up the trip by participating in a mussel survey along the shoals of the river with the Southern Research Station CATT team. We suited up in snorkel gear and surveyed many sites over the course of the three days, making my last view of the river very ‘up close and personal’. I loved seeing what was beneath the surface of the river and reinforcing the idea that the river is alive.

This trip illuminated the work that I am doing by putting it all in perspective. I’ve come to see the Wild & Scenic Rivers Act as a fascinating and complex piece of legislation that has resulted in a national system of rivers that is truly just beginning. I see so much potential for growth in the protection and conservation of watersheds and although it looks like a lot of upstream paddling, I think I might have to get in the boat.