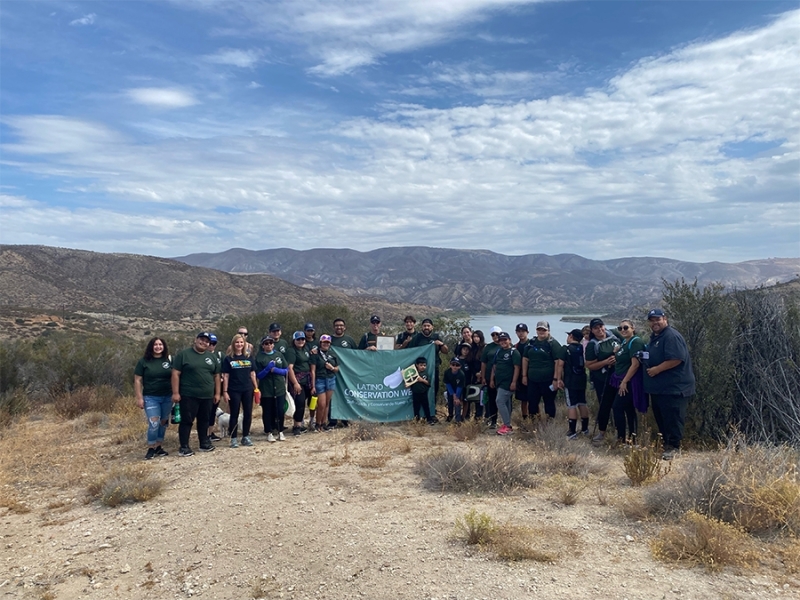 Today, Sens. Dianne Feinstein (D-CA) and Alex Padilla (D-CA) introduced legislation to establish the Western Riverside National Wildlife Refuge in one of the fastest growing counties in the nation – southern California’s Riverside County. If enacted, this refuge would provide access to nature for millions of Californians in the densely populated area, protecting thousands of acres for iconic wildlife species, dozens of which are threatened or endangered, and conserving habitat connectivity.

"Western Riverside National Wildlife Refuge can protect California’s stunning natural landscapes near underserved communities of color," said Brenda Gallegos, Program Associate for Hispanic Access Foundation. "The refuge will bring the myriad benefits of nearby nature to urban Latino communities -–from creating jobs to enriching our children’s education to improving public health, protecting us from climate emergency, to safeguarding clean air, water, and a healthy environment for all. We thank Sen. Feinstein for introducing this bill and we look forward to Congress getting it quickly passed so all communities can enjoy the benefits of the refuge."

"We are thrilled to see legislation introduced in the Senate to protect vulnerable habitat and imperiled species while providing greater access for neighboring communities,” said Defenders of Wildlife President and CEO Jamie Rappaport Clark. “We thank Sen. Feinstein and other members of the California delegation for their efforts to make the Refuge a reality and applaud the bipartisan support for establishing the refuge. We urge Congress and the Biden administration to move quickly to enact this widely-supported legislation.”

Once established, this refuge would be one of the largest urban refuges in the nation and create many new and much-need public access points for the entire region. Wildlife-dependent recreational uses that are compatible with the purposes of the refuge such as fishing, wildlife observation and environmental education would be permitted, increasing recreation and tourism and creating jobs.

The National Wildlife Refuge System is the only form of federal land management that prioritizes wildlife conservation while allowing for compatible uses such as hunting and fishing. With the recent addition of the Lost Trail Conservation Wildlife Refuge in Montana, there are now 568 national wildlife refuges, with at least one in every state, offering unparalleled natural resource protection and recreational opportunities. A 2020 Defenders report found that 513 threatened and endangered species are found on 444 national wildlife refuges; the Quino checkerspot butterfly, Stephen's Kangaroo Rat, and the California red-legged frog are found on the area that would make up the Western Riverside Wildlife Refuge.