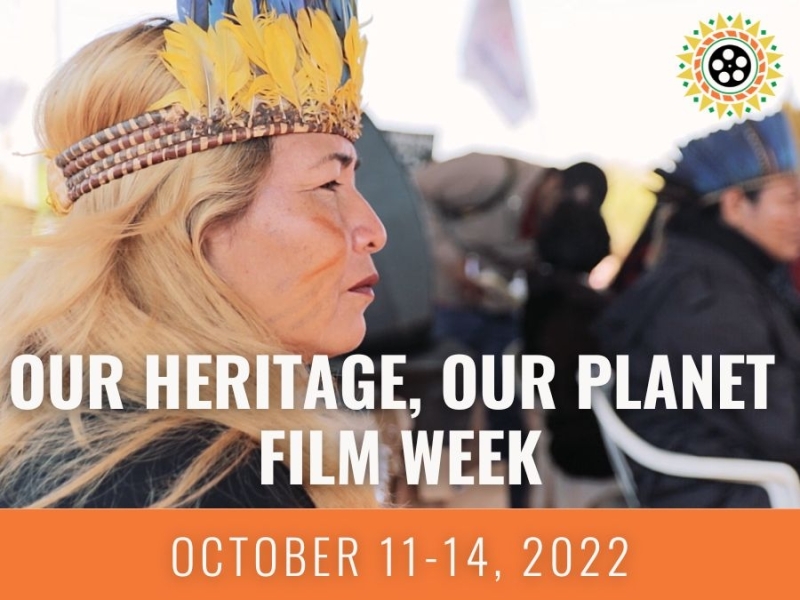 Our Heritage, Our Planet Film Week Announces 2022 Films: Films Will Highlight the Intersection of People of Color, Culture and the Environment

Today, Hispanic Access Foundation announced the full selection of films being shown during Our Heritage, Our Planet Film Week.

Featuring more than 40 films, the virtual festival will celebrate life through the stories of Latino, Black, Indigenous and other people of color with roots in nature – learning, experiencing, and uplifting the nexus between human communities and the lands, waterways, and ocean we call home. It will be held in celebration of Hispanic Heritage Month, following Indigenous People’s Day from Tuesday, October 11 to Friday, October 14, 2022, from 4-8 p.m. ET with FREE tickets available at https://bit.ly/OHOP2022.

“More than 400 Black, Indigenous, Latino and other people of color submitted their films to the first-ever Our Heritage, Our Planet Film Week,” said Maite Arce, president and CEO of Hispanic Access Foundation. “Not only are these films the life's work and artistry of these amazing film makers, but these films represent stories that need to be known and shared worldwide. Through our film festival, we want to elevate their stories, culture and heritage, but we also want to start a dialogue between communities and decision-makers around the importance of engaging in climate action and policy.”

“Our vision for the future of the New England Aquarium is to be an institution that plans with the communities we serve, co-creates inclusive spaces and builds a diverse and thriving organizational culture that will work to ensure a vibrant and vital ocean for future generations. We are proud to support Our Heritage, Our Planet Film Week, and these BIPOC artists taking on important environmental issues.” Lauren Hunter-Dyson, Chief People and Diversity Officer

We work to intentionally create and curate a space for storytelling, dialog, learning, advocacy, and relationship building. One that brings together diverse audiences to celebrate their work, while uplifting the common threads of our experiences. We seek to create a space that can provide additional opportunities for funding, employment, education, and exposure for aspiring filmmakers of color.

The festival will be 100 percent virtual, free to attend for all, and will feature interactive discussions between artists, communities, and decision-makers on environmental topics. We will be showing a variety of short and feature films relating to the themes of Lands and Nature, Climate Crisis, Environmental Justice, and Ocean and Waterways. Below is the list of films selected to be shown during Our Heritage, Our Planet Film Week:

Please reach out to conservation@hispanicaccess.org with any questions or visit https://ourheritageourplanet.org/ to learn more about the filmweek.