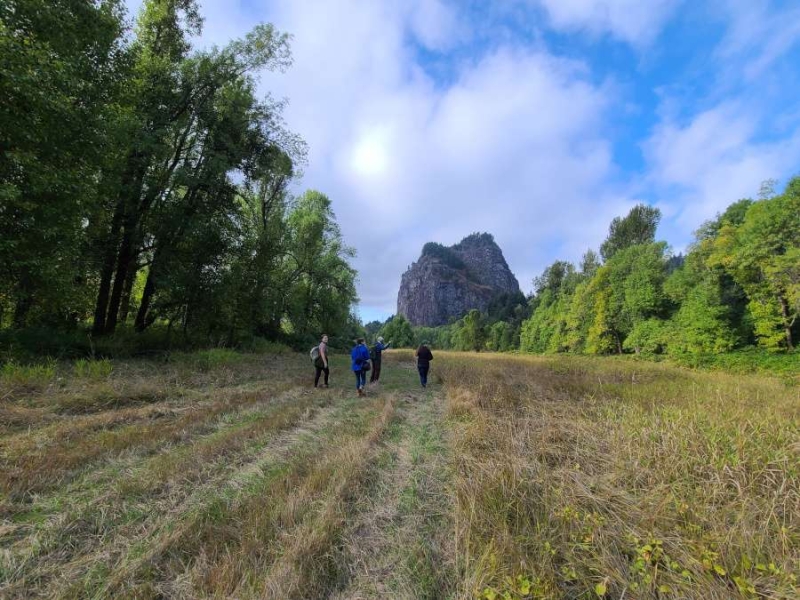 The first refuge I visited was the Tualatin River National Wildlife Refuge. This urban wildlife refuge is located on the outskirts of Portland, OR. The refuge is home to a diversity of species within the park. I learned about the projects to help restore the floodplain. One of these projects was restoring part of Chicken creek: a seven-year project that came to full term this year. This sparked a larger conversation about what the goal of the refuge was when it opened in 1992, which was mainly to protect waterfowl. The shifting views of conservation through the years to the present time is now a habitat restorative effort. Some of these restorative efforts were participating in the collection and dispersal of plant species. We collected Golden Paintbrush and dispersed Wapato seeds in the wetland areas around the refuge. 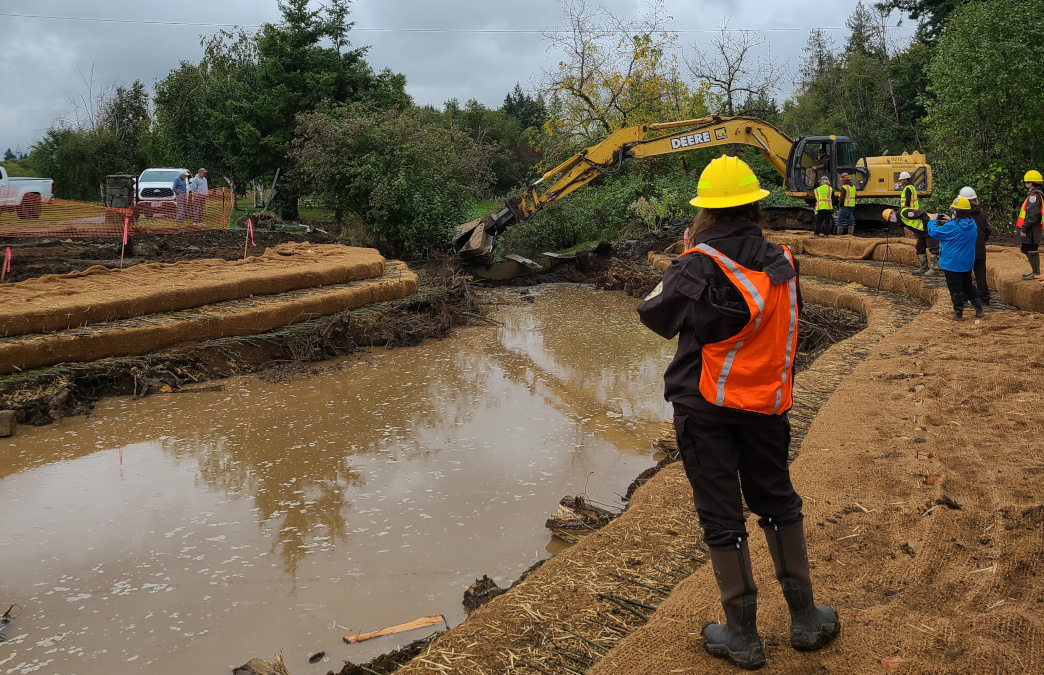 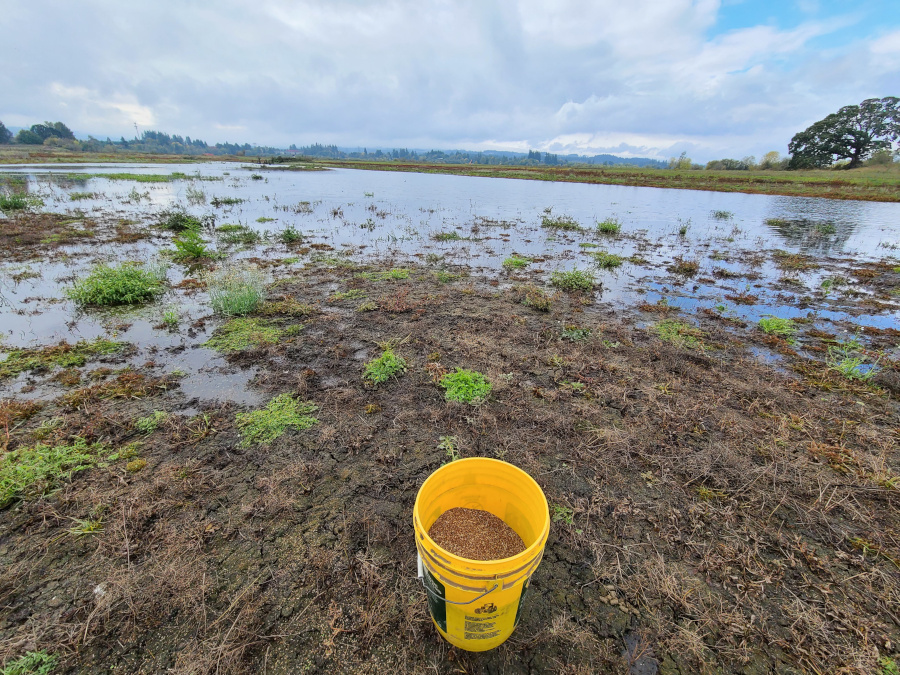 Our next trip was across the border into Washington to visit Ridgefield National Wildlife Refuge. The history of the Refuge intrigued me the most. The refuge is in the Cathlapotle Village home of the Chinook people. Cathlapotle Village was one of the only places still standing that endured flooding, and development. USFWS has a partnership with the Chinook Tribe. This partnership resulted in the making of the Plankhouse. A Plankhouse is a housing structure made of cedar built by indigenous people in the Pacific Northwest used for community and ceremonial practices. This outing helped me understand the cultural significance of the refuge. 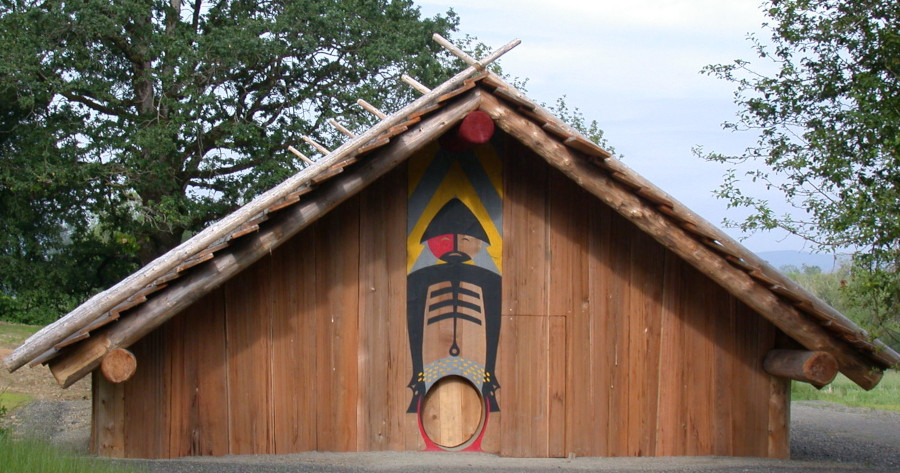 We traveled to the Columbia River Gorge in southwest Washington to visit Pierce National Wildlife Refuge. This refuge is 300 acres of wetland and upland habitat that face Beacon Rock. We were guided on a walk with Jared, a Friends of the Refuge staff knowledgeable about the area. I learned about Hardy Creek being a critical habitat for the Chum salmon on the Columbia River. There are also restorative efforts made to remove invasive blackberries that have occupied a large amount of the refuge. The refuge is also home to endangered western pond turtles. These turtles will winter in higher elevations and can travel up to 1,500 feet from aquatic habitat (Natural history (biologicaldiversity.org)). This area has a diversity of wildlife, even small refuges have a big impact. 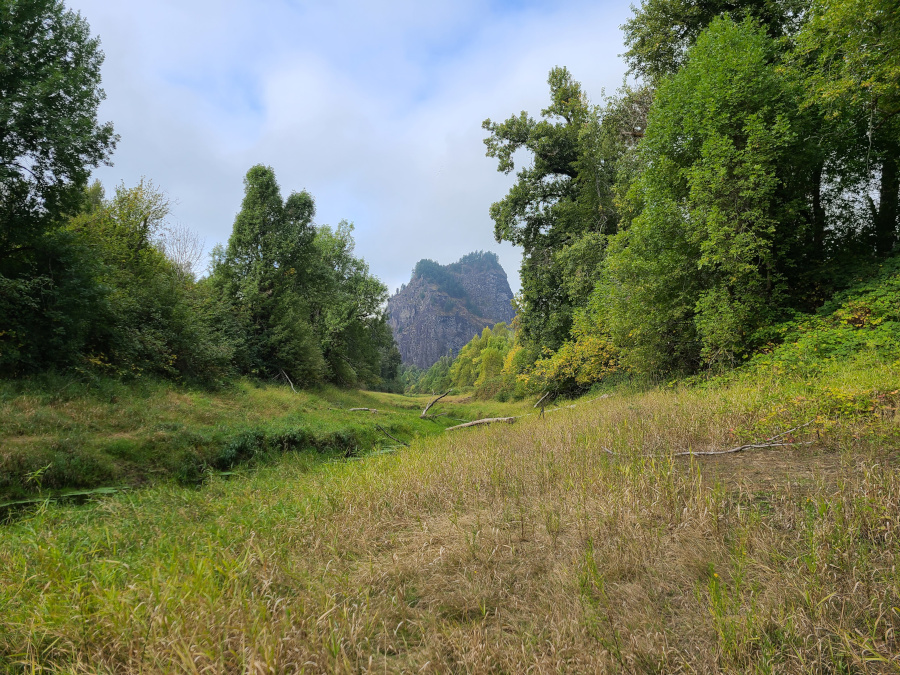 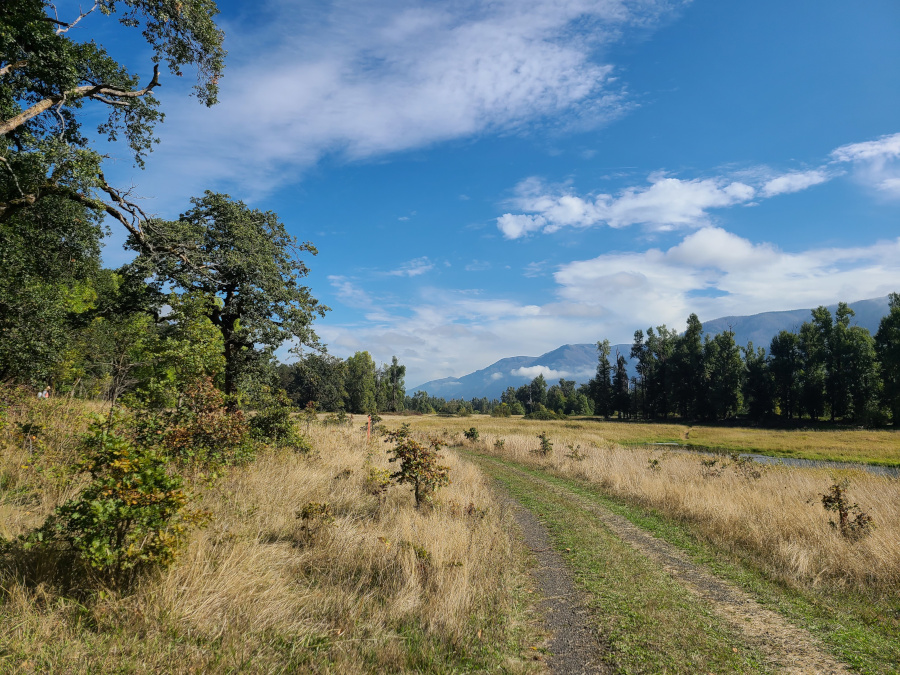 The lessons I've learned from visiting these three refuges show that city wildlife, cultural significance, and habitat restoration are great examples of what conservation should look like. We need more areas in conservation that focus on collaborative management of wild spaces, and integration with the community to help our communal home.