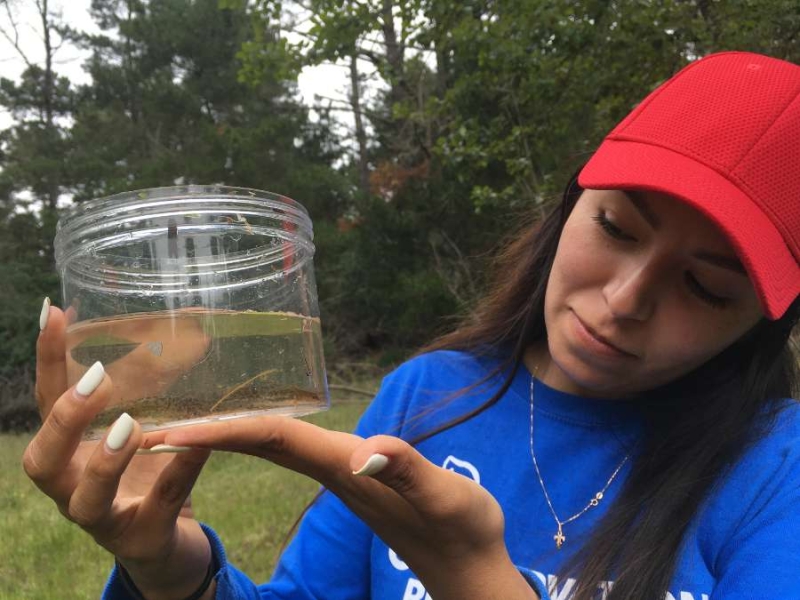 
Over the last couple of weeks, I had the opportunity to go out into the field and explore all seven refuges in the complex.

Miguel, the Urban Refuge Ranger, and I grabbed our backpacks and filming equipment to start working on a new episode of Ask a Ranger. One of our many goals from this past year was to become more accessible to neighboring communities, no matter the time or distance, to ensure that we can provide equitable programs that improve human well-being. The development of the "Ask a Ranger" program focuses on connecting with our audiences and inviting them to see the refuge for themselves.

Out of the seven refuges, there are four that are closed to the public. They are extra sensitive to human activity, so they remain closed to the public. One particular refuge that is an interest of mine is Ellicott Slough National Wildlife Refuge. The refuge is in Santa Cruz County within the Monterey Bay area. The refuge, established in 1975 to protect the endangered Santa Cruz long-toed salamander, supports two of the 24 known breeding populations of the salamander. Under the 1966 Endangered Species Preservation Act, the first list of threatened and endangered species was created, where the Santa Cruz Long-toed Salamander was listed. Since then, there have been several successful recovery stories of endangered species like the bald eagle, California condor, and American alligator. A unique species like the Santa Cruz Long-ted Salamander hasn't had such recovering success due to lack of research. Their survival depends on many variables, including sufficient rainfall, parasites, available habitat, and safe crossing to the breeding pond.

Ellicott Slough National Wildlife Refuge has three units that are made up of different habitat types like Oak woodlands, coastal grasslands, and freshwater wetlands. Today the refuge is one of two units that continues to be a breeding ground for the rare salamander. Hopefully, one day we will hear of a success story about the Santa Cruz Long-toed Salamander.