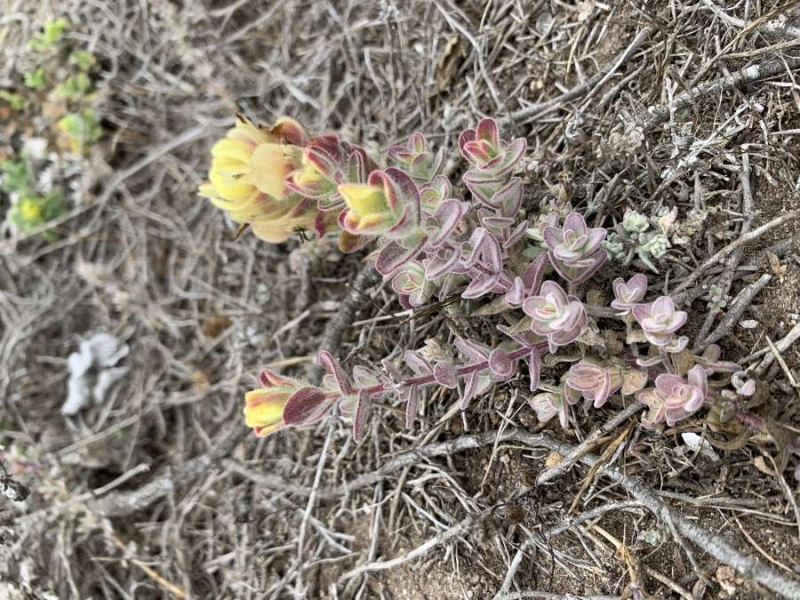 
The Channel Islands are an archipelago consisting of 8 islands off the coast of Southern California. Their unique location supports a diverse range of flora that consists of many rare and endangered species. Although the islands were historically settled by the Chumash people for thousands of years, it was in the past 200 years where the landscape of the islands changed dramatically due to large-scale ranching operations. Introduced livestock decimated the island ecology, leaving 25% of the native vegetation on Santa Rosa Island intact. Despite the adoption of the Channel Islands to the National Park Service in 1980, ranching operations officially ended in 2011.

During my second week of my fellowship I was invited to join a 5 day expedition, monitoring rare plants on Santa Rosa Island. The main species targeted in this trip was Castilleja mollis, also known as soft leaf Indian paintbrush. Castilleja mollis occurs on remote, wind blown bluffs overlooking the ocean. This rare species of Indian paintbrush is hemiparasitic and derives a portion of its nutrients from its host plant, Isocoma menziesii. In order to monitor their population, transects were set up around random plots that have been in place for about 10 years. Each plant was recorded by characteristics including the number of inflorescences, longest branch size, and overall growth patterns. It was a really amazing experience that shaped me as a future ecologist in so many ways.