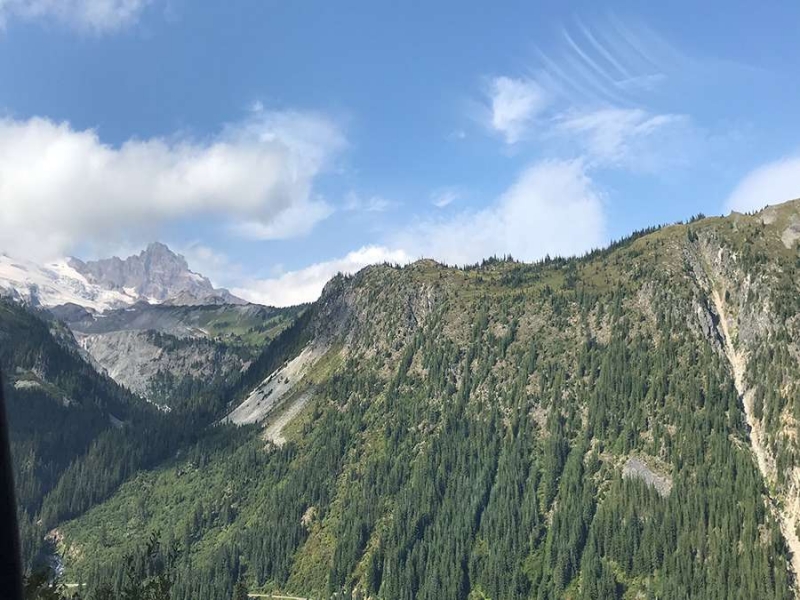 
All it took was one e-mail. An e-mail with an attachment – a flyer for the MANO project. This email was sent to me and other students in my graduate program by our program coordinator. At this point, I had been looking at the many internship opportunities my program coordinator had been sending us, but nothing really stood out to me. Although they were interesting and spanned many important environmental policy and management areas, none of them involved the conservation of endangered species, an area I was interested in. But I decided to check it out, mainly because it was a program directed towards Latinos to help them find their career paths.

As a Latina in the environmental field, knowing that there was an organization that helped Latinxs find their place in environmental agencies was exciting. It gave me the confidence to look into the projects sponsored by MANO during that time and I found there were tons of internships being offered by the U.S. Fish and Wildlife Service (USFWS). I applied for a few of the projects, did my best to present my skills and knowledge during interviews, and hoped that I would get a call back from one of the supervisors. A few months later and I received an email saying I had been selected for a project!

My first few weeks working with the USFWS as a Directorate Fellow have left me feeling many different ways: excited, nervous, stressed, and lucky. But the most resounding feeling has been that last one - lucky. Not only has this opportunity shown me the many career paths available within the USFWS, it's also connected me to a lot of amazing people. My supervisor has been nothing but supportive and has continued to provide me with all the resources I need to make this internship a success. The people I’ve talked to in the regional office and other field offices have also been incredibly kind, patient, and helpful.

My project involves partnerships with universities to facilitate research on threatened and endangered species to help with recovery efforts. This has involved becoming familiar with the Endangered Species Act (ESA) and USFWS regulations relating to listed species. I’ve also spent a lot of time talking to USFWS staff and university faculty about what they would like to see come out of this program. Although very much in its preliminary stage, I hope this project will eventually lead to long-lasting relationships between USFWS staff and universities throughout the region. I feel like I play an important role in the conservation of endemic (native and restricted to a certain place) species in California, my home state and a global biodiversity hotspot.

As July rolls on, I think about this great opportunity and how lucky I am to be a part of it. It makes me think of how to engage Latinx communities in conservation efforts and just make sure they have more opportunities to engage with the outdoors. I also think about how I can encourage other Latinxs to pursue a career in conservation because from what I've seen, we still seem to be underrepresented. With Latino Conservation Week coming up, I think about what I can do to contribute to that exposure and continue to work toward a diverse workplace in conservation agencies.