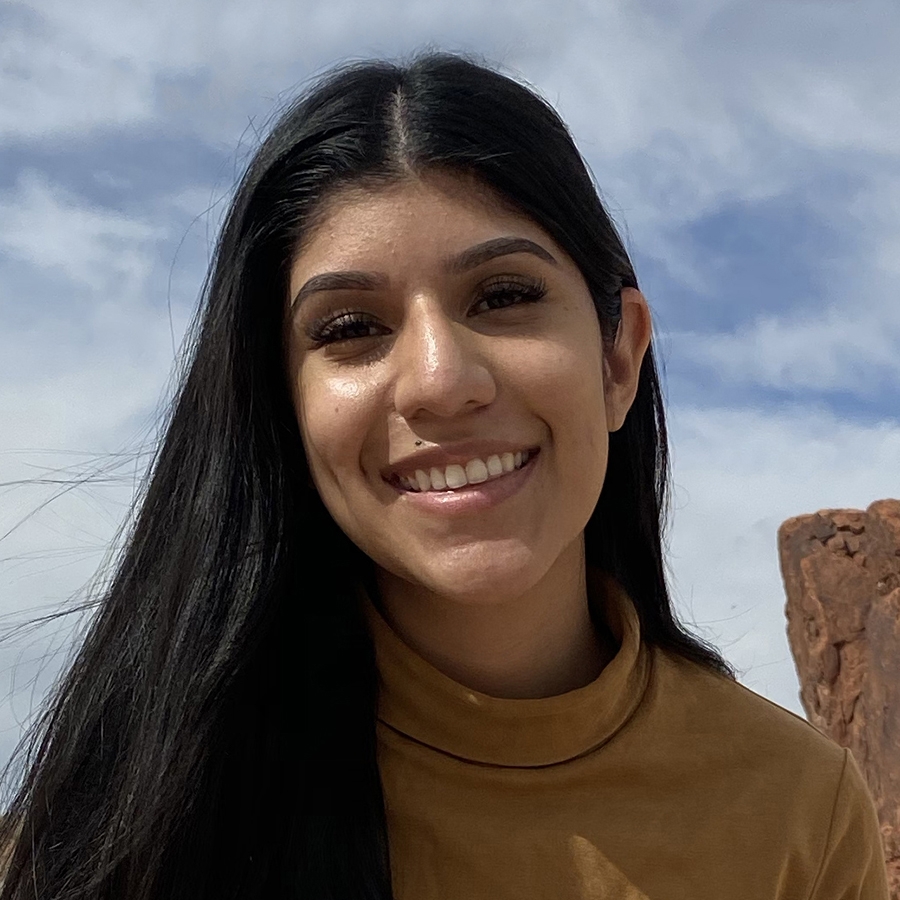 Lory Salazar-Velasquez, a first-year master’s student, graduated from the University of Nevada, Las Vegas in 2019 with a Bachelor of Science in Ecology and Evolutionary Biology and a minor in Political Science. During her undergraduate career, Lory accepted an internship at Sable Systems International, the world’s leader in metabolic and behavioral measurement equipment, where she conducted biotechnology market research and assisted in the development of marketing content. In her spare time, she volunteered at the Lion Habitat Ranch Zoo, where she first became interested in pursuing wildlife conservation. Upon graduation, she remained at Sable Systems as a Creative Marketing Assistant and led the video production team. In this role, she became interested in how media and communications can be used in STEM fields. Lory decided to pursue environmental science as a means to merge her interests in biology, conservation, and communications. At the Bren School of Environmental Science & Management at University of California, Santa Barbara, Lory is specializing in Conservation Planning. In the future, she hopes to manage wildlife populations as a conservation specialist, as well as to use her communications and media skills to encourage widespread conservation efforts.