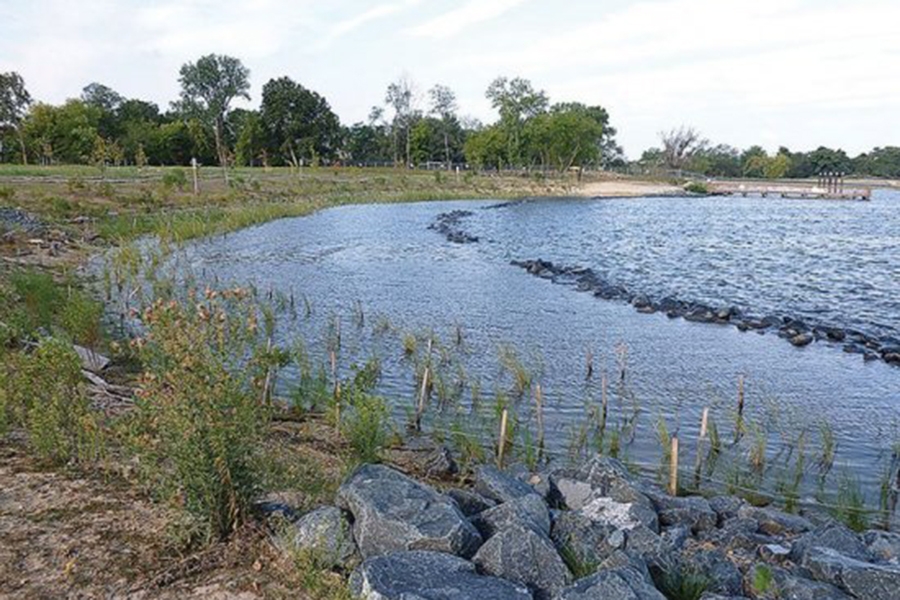 In an effort to diversify both the staff and visitors to national wildlife refuges, the U.S. Fish and Wildlife Service has partnered with the Hispanic Access Foundation to fund seven internship positions this summer.

The positions will be based at wildlife refuges in the northeast region close to urban populations, where visitation is lower than the service would like. In the Chesapeake Bay region, the intern will work at the Patuxent Research Refuge in Beltsville, close to Washington, DC. The intern will also work part of the time at Masonville Cove, a new urban wildlife refuge in Baltimore.

The other wildlife refuges in the program are in or near Philadelphia, Boston, Providence, RI; New York City; New Haven, CT; and Springfield, MA.

“This is a group that we have not been successfully reaching,” said Tylar Greene, a Fish and Wildlife Service public affairs specialist. “We don’t have a strong presence in those areas. How do we make sure [the people who live in urban areas] care about wildlife conservation? We’re still figuring out the answer, but one of the first steps we’re taking is creating urban conservation partnerships.”

Though 80 percent of the population lives in urban areas, the most visited wildlife refuge in the northeast region is Chincoteague National Wildlife Refuge on Assateague Island. Why, Greene asked, would that be, when the only way to visit the refuge is via car, and most of the visitors will be passing other refuges closer to home on their way?

Greene said that making diverse visitors feel safe and welcome in a refuge is part of the goal, and one way to accomplish that is to have employees who speak Spanish and come from different cultural backgrounds. Greene, who grew in the Bronx, never considered a career in the Fish and Wildlife Service until she did an internship through the Student Conservation Association in Washington, DC. Though the geography student ended up focusing on public affairs, she said she was amazed by all the opportunities within the organization and where those jobs were. New York City, Philadelphia and DC. may not sound like place to find migratory birds and wildlife refuges, but they are.

The Hispanic Access Foundation was a natural fit, Greene said, in part because they already had a successful partnership to bring more Hispanic students into internships with the National Parks Service. That program, in its second year, offers 23 positions at historic sites and monuments.

The agency does not require Hispanic heritage for the positions, and they are open to all applicants. But through the foundation, the USFWS is able to reach a more diverse pool of applicants, said Rodrigo Otárola y Bentín, the DC-based foundation’s environmental program associate. And, he said, it’s important for Hispanic youth to see themselves reflected in those positions so they will consider conservation careers, as well as make a connection with public lands so they will be more likely to care about protecting places and visit them more often.

“The idea at heart was to underwrite internships for students that would not be able to afford those opportunities otherwise,” he said. “It’s a major step for us to go ahead and break those barriers. If we don’t, it becomes an obstacle for their professional development in the future.”

When applications closed at the end of January, Bentin said the program had 55 applicants for 7 positions.

Both the foundation and the agency hope to expand the program next year.