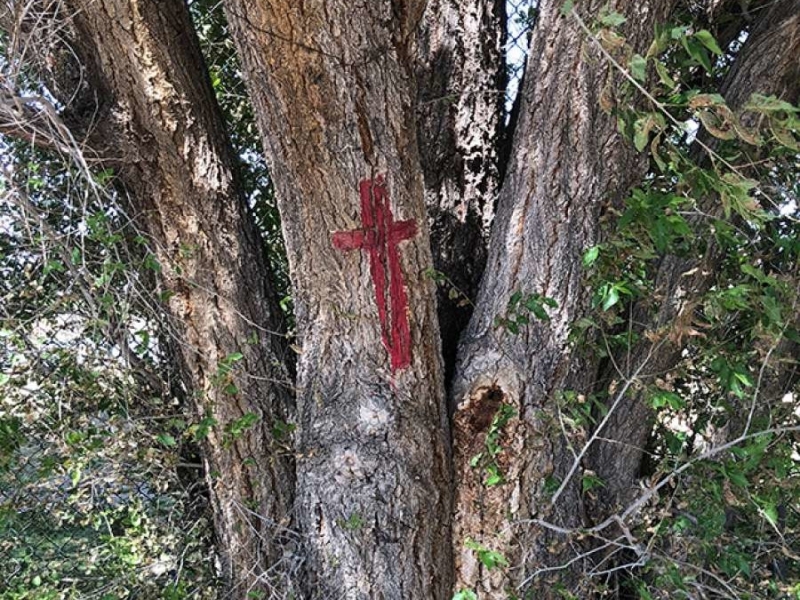 A sacred place is defined as place or space distinguished from other spaces through rituals that people either practice at a place or direct toward it. Some of these sacred places are often identified as churches, sanctuaries, temples, shrines, holistic centers and oftentimes are found within nature. I had the perception that these spaces were commonly used for religious mass, ceremonies, meditation, events or as a gateway to find internal peace. The notion I had about what a sacred place is changed completely after a trail walk. 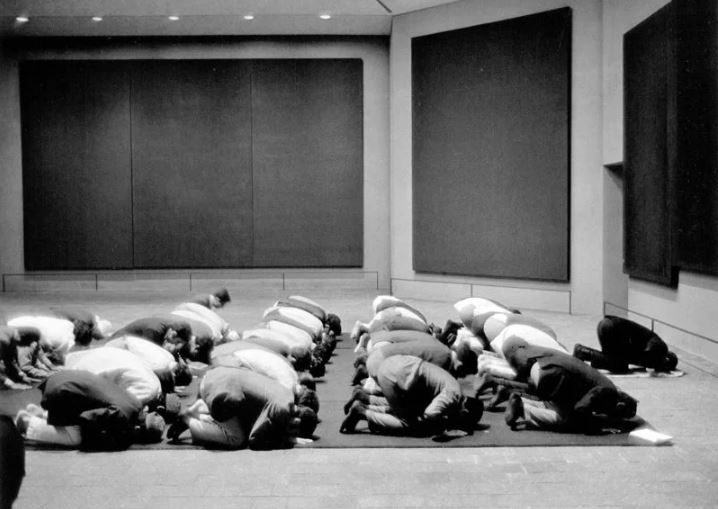 My idea of a sacred place consisted of walls and names of important and powerful characters in history such as the Pyramids of Egypt, or La Sagrada Familia in Barcelona, Spain. I used to think that some of these sacred places served as a way of consoling the souls of those that need peace or those seeking for spiritual connection. Before the walk, I thought that these palaces needed to be either engineered structures or referred to as the creation of God always found in nature, such as the spiritual pilgrimage at El Camino de Santiago de Compostela in Spain. But I admit that I was wrong, and that this assignment to analyze trails changed my perspective of these places. Actually, a sacred place doesn’t need to be a building, a time in history or a place of worship and spirituality, it could be as simple as a strong community connection. 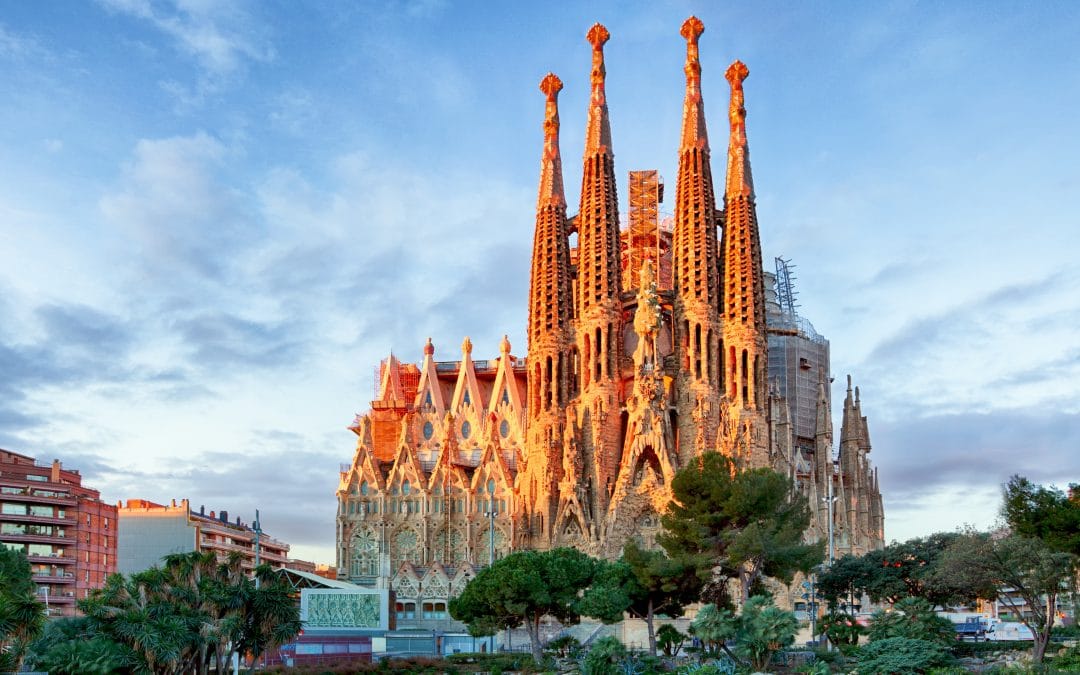 One of the projects I am working on is in El Paso, TX. It is a one mile stretch in the Medical Center Area that will connect the surrounding neighborhoods and provide a healthy and safe environment to its community. As part of an assignment, I was encouraged to walk down a nearby existing trail called Playa Drain. Although the trail is not an RTCA project, the goal of the assignment was to understand and analyze the community, the physical traits of the trail and the user activities of the trail. Little did I know that I would encounter a fascinating story that changed my perspective on sacred places. 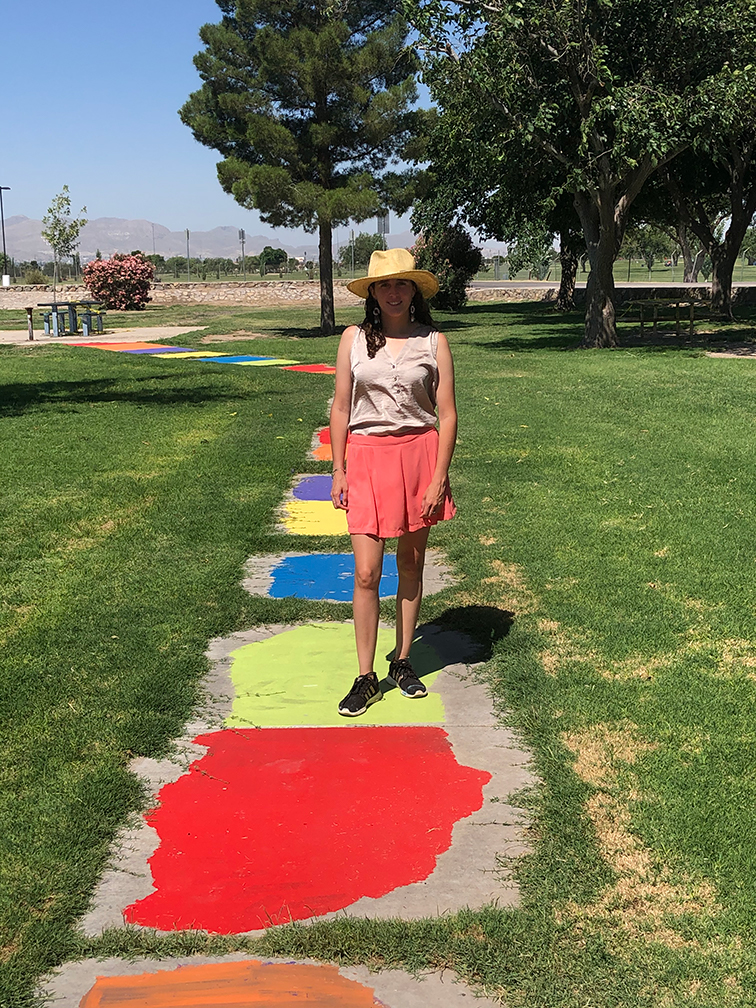 As I walked along the trail, I paid close attention to the sensory experience I was having and documenting climatic conditions, waste management, number of people walking, type of vegetation, art, materials, and other contextual patterns. I could feel the 98F degrees burning my skin and the lack of shade as I walked the trail; one of the reasons to why there was very few people at the trail on that day. There was threshold artwork at every mile marker that represented the community of El Paso. The trail was clean, and full of  growing vegetation. 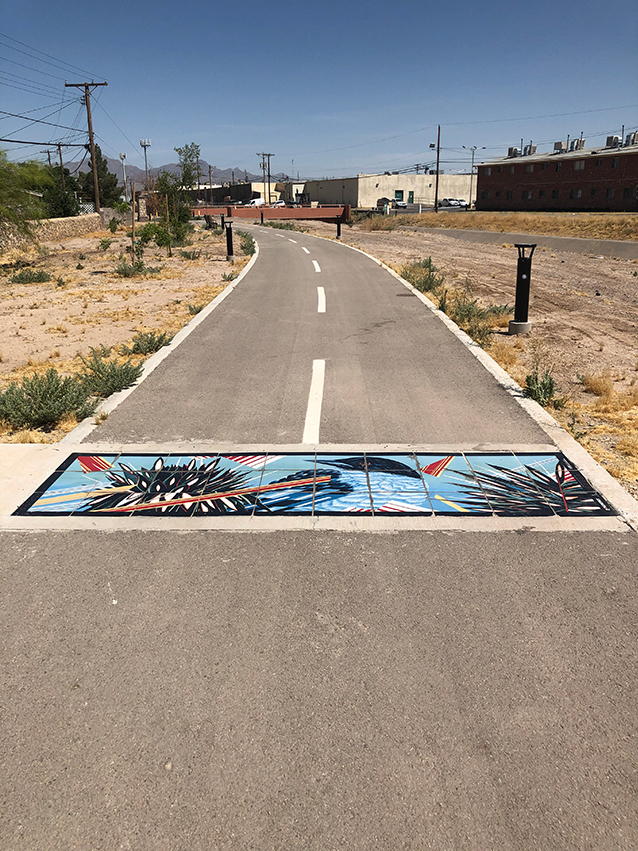 As I continued to walk the trail, I saw two men and a fire pit made from rock. I was curious about the firepit, I had never seen one at a trail and was intrigued by the location of it. To start off the conversation with these two men, I politely asked if I could take a picture of the firepit. The two men who were members of the community, started to share the story of the firepit. They began by sharing that the location was a sacred place to them and the rest of the community. At this point, I was thrilled to know more about the firepit and the story behind it and continued to ask questions. The two men, who were sitting at the edge of a fence shared that not  long ago they lost a very dear friend in that spot. That man used to always be there, even before the trail was built. He was well known throughout the neighborhood; many neighbors visited the man in this location like they visited him at home. 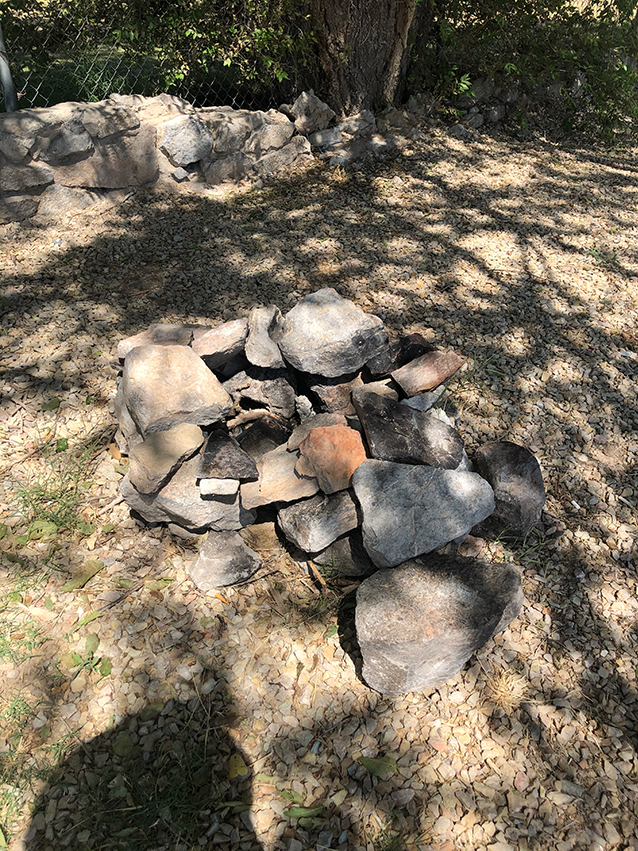 Firepit made out of rock next to Playa Drain Trail in El Paso, TX. Photo Credits: Maria F. Trevino

One of the two men who were sitting near the fence said that the man who died in this spot believed that the place was sacred because there was a tree that cried. That was the reason to his attachment to this specific spot. I asked for permission to get close to the crying tree, what I noticed was tree sap, where the tree expels a watery clear resin. After the man passed away, the community painted a cross on the tree and it is now this spot is like an altar where the community gathers around the fire pit and the tree to remember their dear friend and connect with him in an emotional and spiritual way. 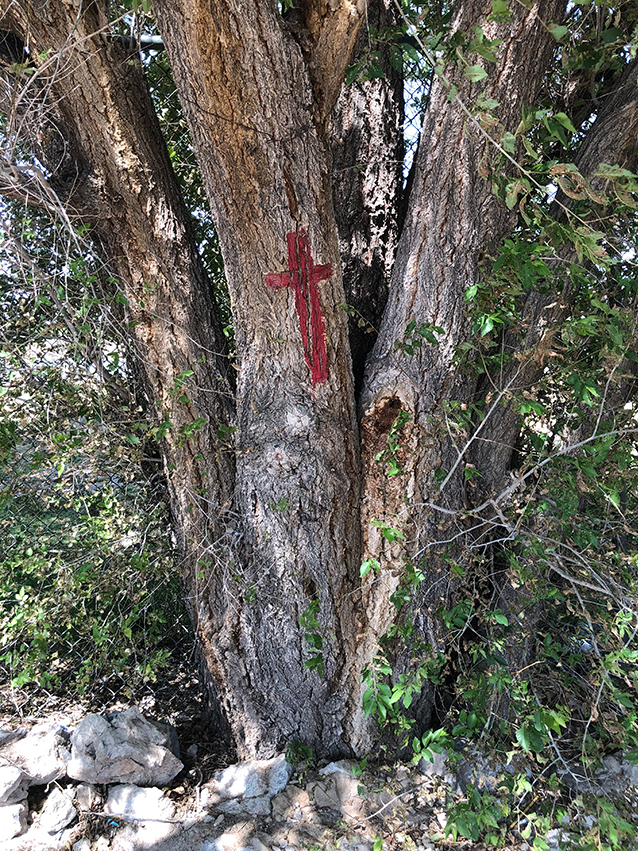 This conversation made me realize that trail and community work is a journey of experiences to many users. It might have been that this location on this trail is only one in a million, or it could be that trails are providing sacred spaces for communities, nobody really knows. One thing I do know is that before this walk I never thought of a trails as a path to a spiritual connection. With this experience, I concluded that sacred spaces can be  strong connections to a place that is deep rooted in the heart of a community. It is within these trails that sacred stories are taking place, and although they are not intentional, they are serving the community in ways that we have not realized.