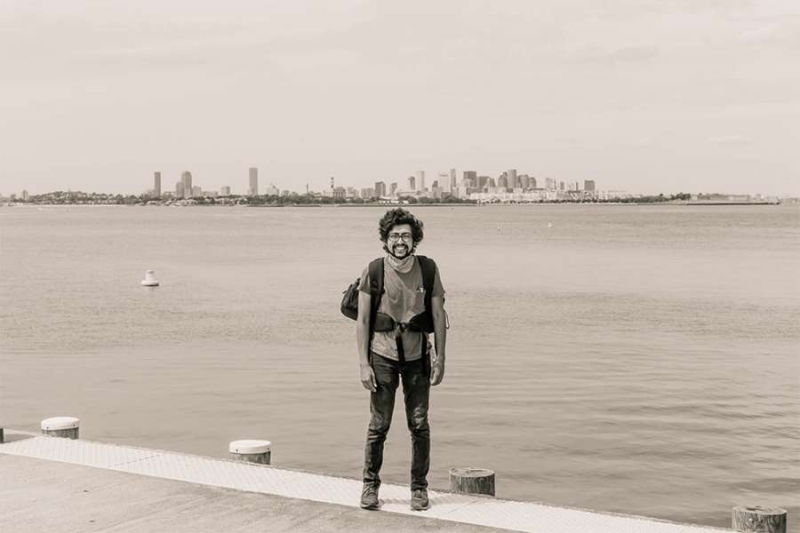 A little over a week ago I picked up a park service car from the Charlestown Navy Yard for a day of driving around Boston and retrieving the backpacks of filmmaking tools we had lent out to the young folks of Historias de Boston.

The trip took me through the congestion of Fields Corner to the woodsiness of Roxbury and the veinous Green Line veins of Brighton and Lexington's White manicuredness. The hours of roadway solitude and Cumbias de Microbusero playlist made for a sappy — but necessary — summer assessment. Some of the little observations arise in a sudden jolt like how from my apartment's front porch in Somerville the sunset's been sliding further left towards the Charles River. Most of the influxes of summertime sadness strayed away from the obvious conclusion of what's been an incredible several weeks with Historias de Boston. The group of young folks taught me more than knowledge through their poignantly-produced and strongly-voiced films about the park sites that were screened to mark the program's end. I nearly cry to think of the awareness and bravery they carry with them each day. And I tear up at the thought that such efforts, such humanistic acuity compelled by skepticism sown from an unhealthy Earth, might for years and lifetimes grow up and old in the fields of unnatural oppression. Such a sickening experience can be as commonplace as presenting a project in a room of White superiors.

These past summer days were much easier and lighter than the usual opposite workplace conditions. I was a lucky kid to work with young folks of color and a woman of color. In our meetings and chats some things just didn't require explanation and evidence. A ^ in the chat sufficed. We were a group that more or less got it. This summer has been one of important topics softened by the easy joy and true hope that blossoms within a community. The stakes are of course serious and the monsters (like all monsters) are at once frighteningly omnipresent yet dangerously obscured. Yet the time with Historias de Boston was full of laughs and good vibes.

Now that the program has ended I do not worry for the young folks; they're so far ahead in their personal battles with the sick Otherness so many of us still and will continue to suffocate from. I just hope the folks of generations don't squelch their hard-fought spirits. Of course the story of the generation I'm a part of is always being written and has been written and will be written, but I do surmise that my generation is the one that were and are and will be sold salaries and scholarships in return for assimilation and complacency. We are told to let experts fix the problems they know not of, to be happy that things are not worse, and please don't raise your voice when things seem they're not getting better. We are told that there are rules to Progress and, though they do not tell us, we know that these rules are not written by people like us. The ways of the in-power class is menacing yet obviously clear and simple. Folks of color, on the other hand, are beautifully complex and rich in smarts, sensibility, and stories. I see it in the Mexican mothers who never went past sixth grade and the Boston youth that say Gentrification's messed up.